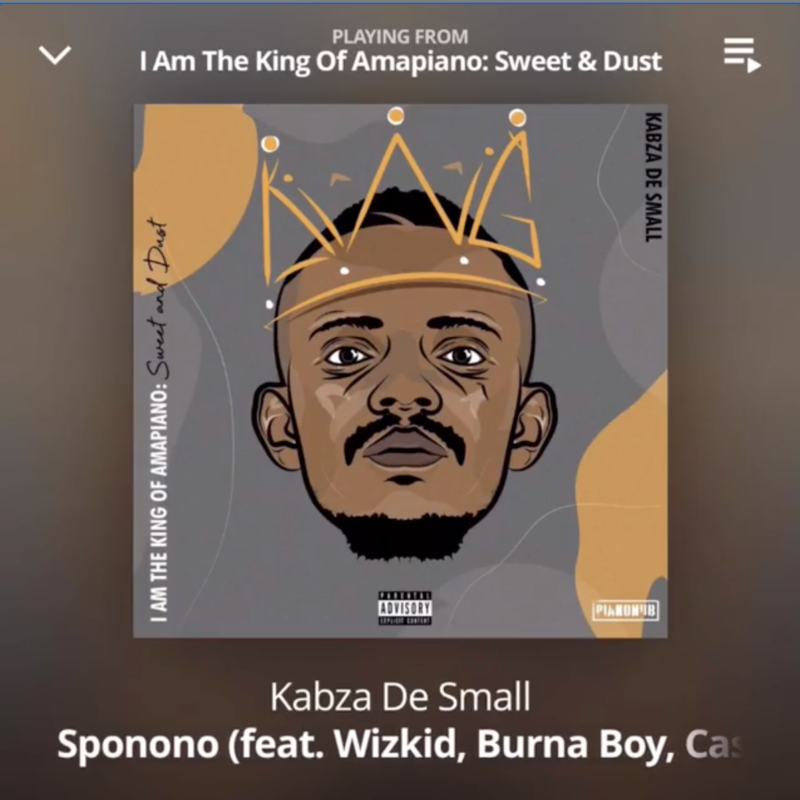 Kabza De Small teams up with Wizkid, Burna Boy, Cassper Nyovest and Madumane to serve us this banging tune – “Sponono”.

“Sponono” by Kabza De Small, Wizkid, Burna Boy, Cassper Nyovest with DJ Madumane with getting you dancing in no time… Listen and Enjoy the vibe.

Kabelo Motha popularly known by his stage name Kabza De Small, is a South African DJ and record producer from Alexandra who is regarded as the “King of Amapiano”. With Motha often referred to as the “King of Amapiano“, considered as the best-selling music artist of amapiano, and also one of the pioneers of the genre he played an instrumental role in popularizing the amapiano genre. On 3 December 2019, Spotify South Africa, named Motha as the most-streamed South African artist in the platform for 2019.