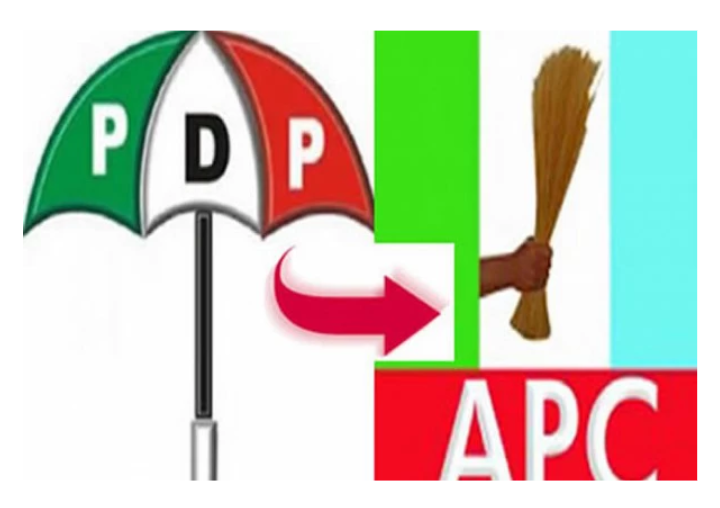 A pro-Buahri group, the All-Volunteer Organisation in Nigeria, has claimed that over a million of the Peoples’ Democratic Party, PDP, members in Lagos State have defected to the All Progressives Congress, APC, ahead of the elections commencing on February 23.
According to the National Secretary of the group, Yomi Adamson, the defection was possible owing to the efforts of the national leader of the APC and former governor of Lagos State, Asiwaju Bola Ahmed Tinubu.

In a statement signed by Adamson on Thursday morning, the group said: “Today 21st day of February 2019, over one million staunch members of the PDP defected to APC via a robust persuasive drive by the APC National chairman of All volunteer Organisations in Nigeria Rotimi Kazeem Shitta-Bey and his exco at the Presidential Support Committee secretariat, Maryland.”
Speaking on the development, Coordinating Officer of the defectors, Gbenga Agboola, said: “The defection at this point in time is a sequel to the realisable manifesto and agenda of APC under the leadership of Asiwaju Ahmed Bola Tinubu.”
Join us on Saturday for live coverage of the 2019 election…
By 🌟
Starmp3loaded

Click one of our representatives below to chat on WhatsApp or send us an email to admin@starmp3loaded.com